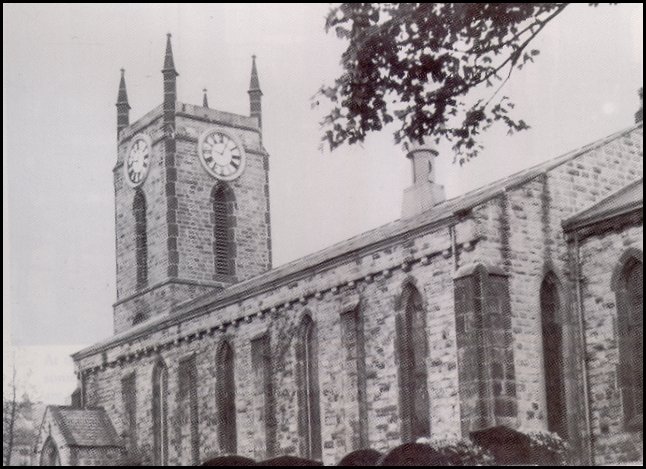 This is the church where my grand - grandparents EDWIN and MARY were married. It is worth quoting from the book "Crookes Revisited" about the origins of the Church. Initially an appeal was launched in 1837 to build a small church in Crookes. An accompanying leaflet explained that

"The district of Crookes, including Tapton,Steven Hills,Crookes Moor Side etc.at this time contains a population (which is rapidly increasing) of 1500 souls, nearly destitute of Pastoral superintendence and instruction. To provide for this lamentable destitution, a few friends of religion and The Established Church commenced a subscription for building a Small Church..."

The trustees who gave the Church the original £1,350 were

The foundation stone for the Church which incidentally given by local quarry owners was laid on 30th August 1839 by a Henry Wilson of Westbrook. Local farmers did much of the work for free. The Church had a nave,south aisle and porch, sshort chancel and west pinnacled tower. In fact St Thomas's had the same design as the smaller Christ Church Gleadless which was built two years earlier. (The latter church was the one I wqas married in ). St Thomas's Church and the adjacent Burial ground were consecrated on October 1st 1840 by the Archbishop of York and the Church soon began rectifying the "lamentable destitution" that had occurred in the Parish

BAPTISM - the first christening in the Church Register occurred on December 6th 1840 when Joseph Dixon (born October 23rd 1840) the son of Joesph and Mary Dixon of Broomhill was baptised. His father Joseph's occupation was that of Groom

BURIAL - On March 23rd 1841 the first burial occurred in the Churchyard. Charles Joseph the infant son of Mr Fairbank of Mount Pigsah near Crookes

MARRIAGE - the first marriage occurred over 16 years after the Church was first opened. On January 1857 Andrew Smith a draper aged 40 of Victoria Street and the son of John Smith a farmer married Mary Brookes aged 30 of Crookes Road. Her father James was a manafacturer

CONFIRMATION - the first confirmations occurred on April 1st 1908 included 48 persons from St Thomas's and seven from St Timothy's. All were aged between 12 - 21 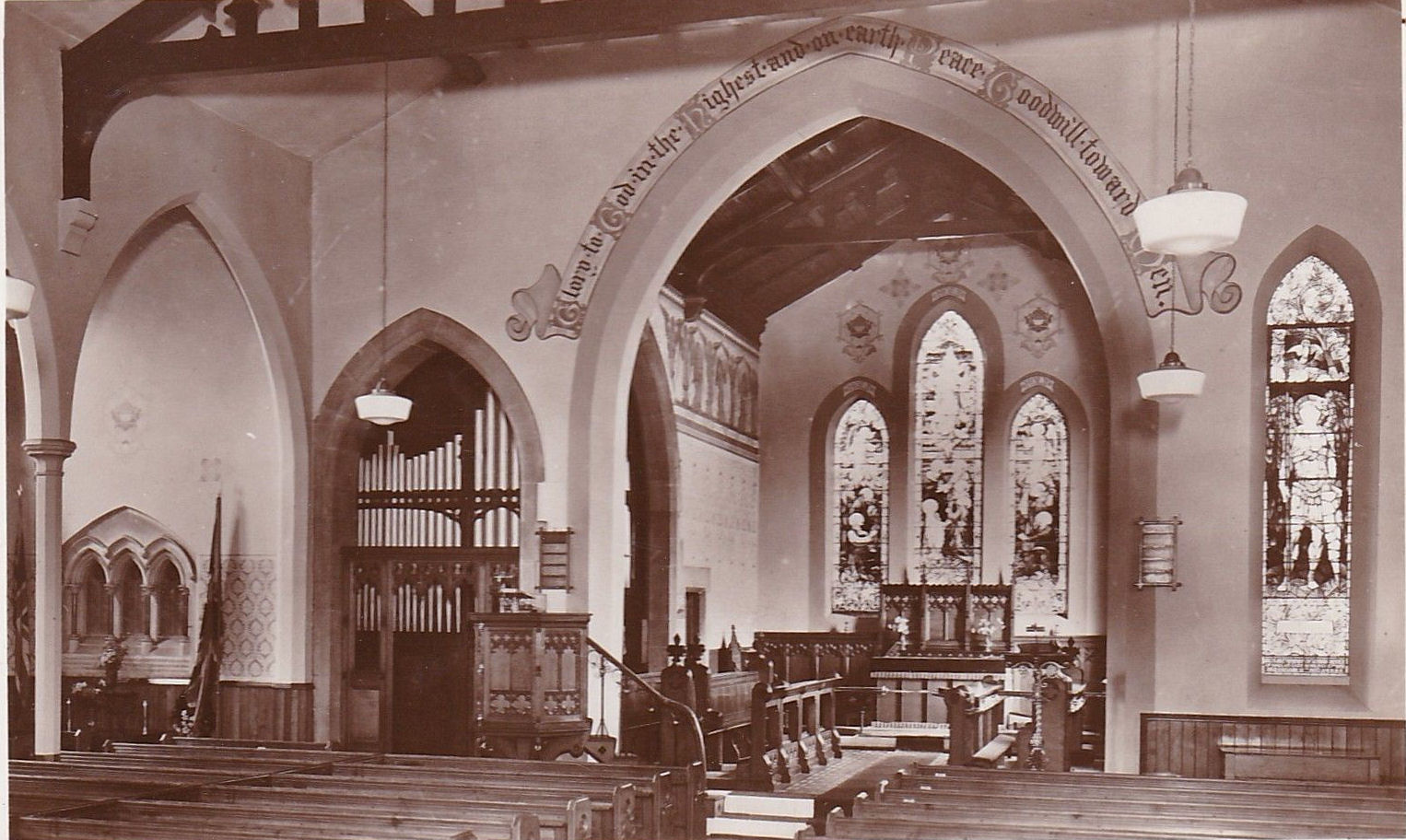 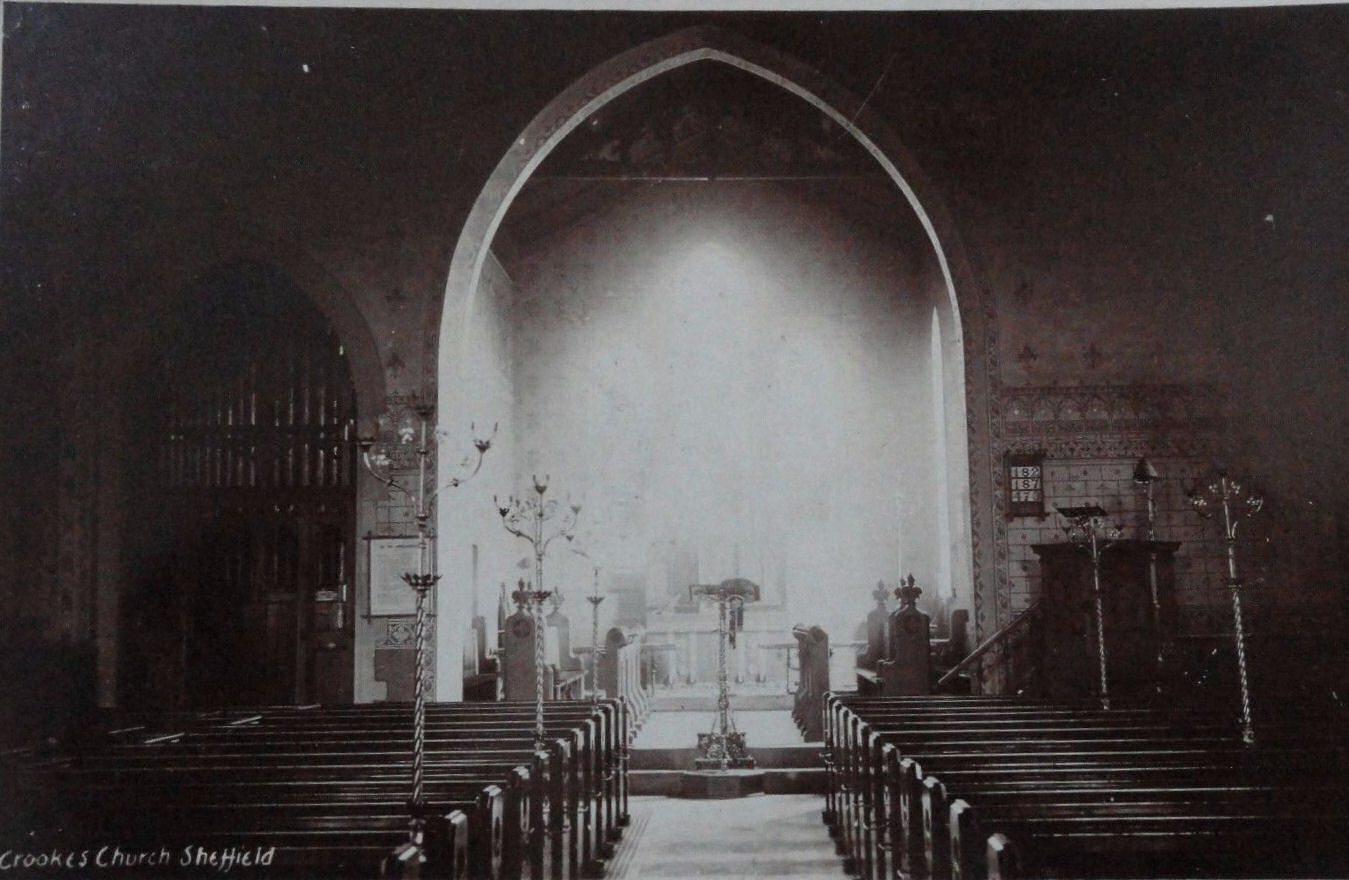 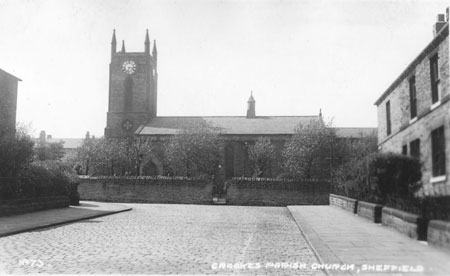 There is also an earlier painting of Crookes in the first half of the nineteenth century which still shows that the area was still predominantly a rural one. The church will have just been erected at the time the painting was done 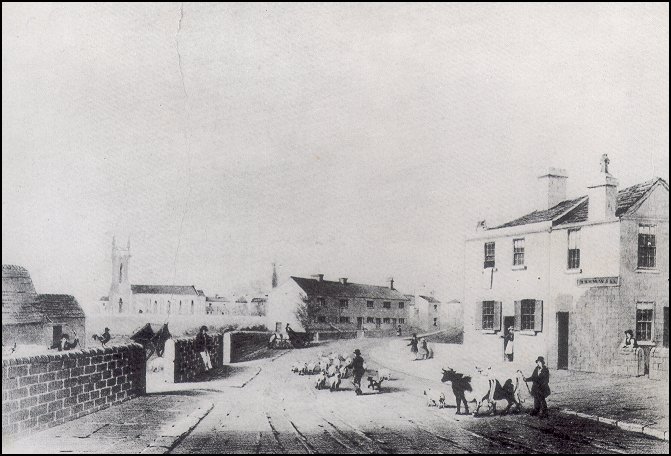 By the 1920's the area had developed rapidly. The photograph taken below shows the Punch Bowl at the top of Springvale Road on the right and Friederich's Pork Butchers on the left. Of course the main difference you see today is the amount of traffic on the road 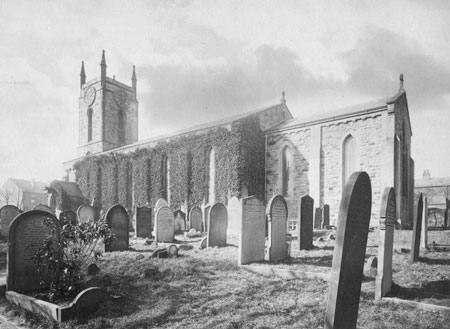 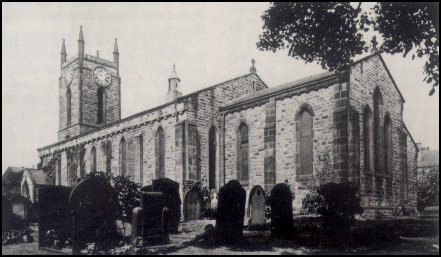 Return to the Rose Sanby Page